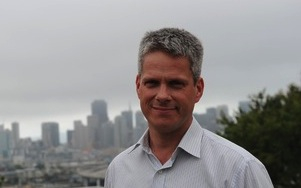 During a sabbatical year in the Program on Liberation Technology at Stanford University in 2010-11, Ben began an in-depth exploration of the use of digital tools in foreign policy. As part of his efforts, he launched a research project called “Cloud to Street” with several Egyptian activists. This project resulted from a collaboration between Farhaan Ladhani, Shuvaloy Majumdar, and the Innovation Lounge – a network of innovators within the Department of Foreign Affairs, Trade and Development Canada. His latest project – the Global Dialogue on the Future of Iran – was a collaboration with the University of Toronto’s Munk School of Global Affairs. It was initiated in May of 2013, and consists of an Internet discussion with some 1 200 000 Iranian men and women.

He has been co-author of the Direct Diplomacy blog since March 24, 2014.

Ben was the Pritzker International Fellow at the Centre for Strategic and International Studies in Washington, DC, for 2003-2004. He has also served as a visiting fellow at the Université du Québec à Montréal, and is co-editor of the book Iraq: Preventing a New Generation of Conflict. He is a 2011 recipient of the Council for a Community of Democracies’ inaugural Palmer Prize for Diplomats.