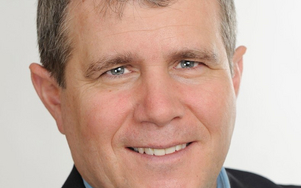 In 2019, Yvan Cliche held the position of chief executive at Public relations without borders (PRWB), an international cooperation organization founded in 2007 and based in Montreal. He led important changes to the organization, at the head of the first funding projects and of several governance politics.

Before, until the end of 2018, Yvan Cliche was employed by Hydro-Québec, where he held the position of commercial representative and project manager at Hydro-Québec International (HQI).

Between 2013 and 2016, in outside Québec Affairs for Hydro-Québec, he served as Senior Adviser to the Chair of the World Energy Conference, was on the Board of Directors of the International Hydropower Association (London), and oversaw the implementation of a solar energy project in Haiti.

Between 2007 and 2011, he worked at the Foreign Relations Department of the African Development Bank (ADB) in Tunis, and carried out advocacy activities in Africa for development project established by the institution. He participated to the annual assemblees of the ADB during these years, in Maputo, Dakar, Abidjan and Lisbon.

He is Gold medallist of the Arts and Sciences Faculty of the University of Montreal (2004) and special guest of the State Department (United States) on Islam in North America (2003).